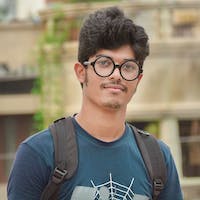 Subscribe to my newsletter and never miss my upcoming articles

So, you want to learn the fundamental concepts about ES6, right? Have a safe journey throughout this read!

Wait, what is binding in programming, anyway? Simply binding is Variable. While initializing a variable, you actually store or bind something (value) in a named variable, isn’t it? And of course by creating a scope of this stored data. You only can get the initialized data from the initialized variable.

In the era of the ‘var’ keyword, that means in the es5 version and before, it was hard to set a variable into a certain block. Wherever you declare a variable, you can get direct access to it. It creates vulnerability and error friendly circumstance in javascript.

To give it a better solution the idea of Block Binding came on the floor in the version of ES6 and further. Now you can create a scope or access and working area for your declared variable into a certain block of code.

So, what is the relation between the var declaration and hoisting? Hoisting is a concept of var declarations that occurs into a child block, but behind the scene, javascript takes the ‘var’ to the top or global scope instead of its own declared scope.

Get cleared by this Example:

Here we can see the variable ‘name’ initialized into the true conditional block. And we may think that it should be created while the condition is ‘true’, right? But behind the scene, Javascript play a different game, like-

While running the above code, javascript takes up to top the variable, that’s we call hoisting in Javascript.

It creates confusion and really a drawback to working with a large project in Javascript. To solve this confusion, ES6 come up with two keywords to handle Block binding easily.

To make a variable inaccessible outside of the given block scope, Block-Level Declarations is the solution. You can create a block within:-

‘let’ syntax or keyword is a substitute for ‘var’. But the major difference is ‘let’ variable’s scope to only the current code block. Example:

You can’t re-declare a variable with ‘let’ after initializing it once with ‘var’ if both declarations occur in the same scope. Example:

And into other scopes:

Like with ‘let’, you can declare a variable with ‘const’ as well. Both are working as the same but ‘const’ are considered constants, meaning their values cannot be changed once set. And that’s why you have to initialize it with a minimum value while declaring it. Example:

That’s all for the Block binding fundamental concepts. In the following read, we will go deep dive into ES6. Take care!